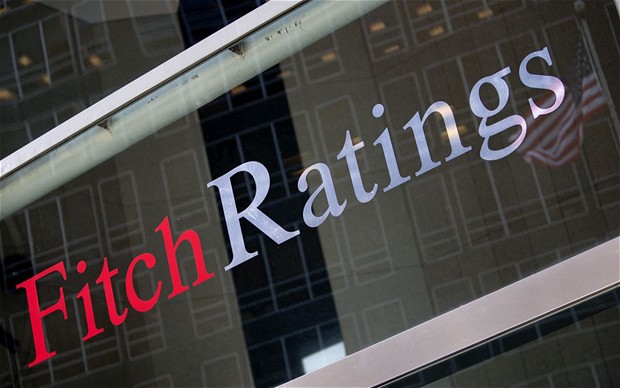 Global rating agency, Fitch Ratings has expressed concerns about the state of Nigeria’s local currency, the Naira as demand for Dollar in the country due to scarcity of foreign exchange has continued to pile pressure on the Naira.

The lack of access to foreign exchange is hampering manufacturers’ ability to import vital raw materials, machines and spares that are not available locally.  Importers with due obligations have been scrambling for hard currency while providers of foreign exchange such as offshore investors have exited.

The Central Bank of Nigeria (CBN) had in August adjusted the official rate to N379 per dollar from N360. This has not reduced the pressure on the local currency which now trades at N453 per dollar in the parallel market, indicating that it could weaken further.

According to FBN Quest in a note to investors, forex demand backlog is estimated at $2 billion as against the $i billion recorded in May, 2020.

Fitch Ratings had earlier downgraded Nigeria’s Long-Term Foreign-Currency Issuer Default Rating (IDR) to ‘B’ from ‘B+’ with a negative outlook in April due to COVID-19 pressures. However, Fitch revised its outlook to stable following reduced uncertainties, stable oil prices and the reopening of the economy.

Analysts at Afrinvest West Africa, an investment and research form, told investors that the revision to the rating is surprising given that severe external and fiscal financing pressures persist.

“External reserve at $36.2 billion, despite inflows from the International Monetary Fund, are still down 15.5 per cent year-to-date. The adjustments to the official exchange rate from N307.0$1.0 to N380.0/$1.0 and the slight weakness in the Nigerian Autonomous Foreign Exchange (NAFEX) to N380.0/$1 from N360 /$1.0 are too weak to correct the shock from weak oil prices, falling remittances and reduced capital flows.

“The restrictions on forex demand and the existing forex demand backlog have brought about a significant premium of around N79 in the parallel market, which we now consider to be a more market-reflective segment,” it said.

Speaking recently at webinar organized by AZA, a cross-border payments platforms and forex trading firm, former CBN Governor Muhammad Sanusi, said Nigeria has a lot of portfolio investors who would like to take their money.

“If people want to take their money out at any price, they could take a huge devaluation and take a hit. But if they want to preserve the value of their currency, there is some virtue in waiting for an orderly unwinding of these backlogs because we must remember that when Covid-19 hit and after the Russia-Saudi fiasco, oil prices went down to $10 a barrel. For Nigerian oil, cost of production is about $22 a barrel, so, basically, reserves disappeared and something will have to give,” he said.

Clubs like Notts County, in blue, will receive a bigger share of the funding related to average attendanceThe National League is to distribute the...
Read more

Schumer says he and Feinstein had a ‘serious talk’ after Barrett hearings: report | Daily’s Flash

Chris Pratt seems to be one of Hollywood's least favorite people with that name.On Saturday, filmmaker Amy Berg took to Twitter to share images...
Read more